Before we start out, let me make one thing clear and it’s very important.

If you are just starting out on YouTube, I would advise not to spend too much time thinking about making money. If you do, you will be disappointed.

Never do something just for money. Money is such an enigma that the moment you start chasing it, it goes away.

Now people think that YouTube is a video platform and of course it is. But it’s really a social engagement tool.

Once you do that, you’ll notice that money will come chasing you. But if you start off with the thought of making a lot of money, you’re probably not going to get there.

First you need to start a channel. That’s the first step. There are amazing videos from the YouTube official team that will show you how to create your YouTube channel.

If you’re serious about making money on YouTube in 2020, you need to have a content strategy in place because gone are the days where you can just put random stuff on YouTube and get paid.

If it’s an information-based channel, you need to figure out what content you are comfortable with, what topics you will have to cover, how you can make a difference in the viewer’s life with your content.

Some YouTubers even reckon having a Content Calendar as well. This is just a well planned out calendar where you know what videos are going to be published at what time, what date so that you can plan well ahead.

Whatever your content strategy is, you have to make sure that it is focused on one topic or a theme.

This is probably the most important factor when it comes to monetization.

The reason is that apparently the YouTube algorithm likes and prefers channels that are niche and focus on one topic or theme rather than being broad in its content.

The deeper you are into one subject or theme, the better it is. It tells YouTube that you have the expertise in that subject and that makes it easier and relevant for the algorithm to show or suggest your channel to interested people.

When you start a YouTube channel, make sure that it focuses on one particular topic or theme that way you build your expertise in it and you make it easier for monetization.

The second thing you need to make sure is that you have to start small somewhere.

Many people think that every YouTube video has to be like DudePerfect with drones and expensive shots.

I wish that was possible for everyone but it’s not right.

Most of us make the mistake of comparing ourselves to the biggest stars on YouTube and think that you need to be like them in order to succeed. That is such a stupid thing to do and an unfair comparison to me.

Everyone starting out on YouTube has something new to offer and I think they should just start wherever they can in whichever way possible.

As a matter of fact, if you look at the big stars on YouTube, they all started with crappy videos using low budget cameras and equipment.

Similar is the case with most YouTubers.

So start small in whichever way you can and that is most important.

The next thing is you gotta be consistent with whatever you’re doing.

Now if there is one thing that is common among YouTubers that would be consistency. Now it may be different in different frequencies but definitely consistent.

Whatever is your post frequency, stick to it, be it monthly, weekly or daily, it doesn’t matter but do it in your capacity.

The next thing you need to make sure is that you improvise as you go.

Now let’s say you started out a channel. Failures and Disappointment are going to be your friends for a while because you need to set your expectations right and don’t think that you’ll be on YouTube trending with just your first video. It doesn’t happen like that. Even if your video is super amazing, it’ll take some time before it gets noticed. Even the best of the best had their learning curve on YouTube and in 2020 this is especially true.

YouTube is always testing out their algorithm and the only way you can stay relevant is to improvise on the go and adapt yourself.

Sometimes you might need to do things you’ve never done before, like produce longer videos or post more frequently, upgrade to a better equipment or use better graphics. Whatever it is you have to do, whatever it takes, never stick to one single format.

For example, look at some of the most celebrated stars on YouTube. Almost all of them would have gone through a learning curve and improvised on the go. You will see a steady improvement in their video content and production quality over time.

It’s just inevitable and folks like you who are starting out new are no different so be prepared mentally for all of this.

Now let’s see in what all ways we can monetize our YouTube channel.

You can apply to join the YouTube Partner Program, or YPP, which lets creators monetize their videos on YouTube.

To qualify for YPP,

Note: You can only apply to YPP after you cross the watch hour and subscriber thresholds.

YouTube will keep you updated on your progress towards hitting these thresholds in the monetization tab in YouTube studio. You can also choose to be notified with an email once you are eligible to apply.

After all these steps are completed, then your channel will be reviewed against YouTube policies and if everything looks good, you can start earning money from ads and from YouTube premium subscribers watching your content.

Also, once you are approved for a YouTube partner program, there are other revenue streams  besides ads you can tap into, like channel memberships or super chat as long as you meet  their criteria and they are available in your country.

Your channel usually gets reviewed in a month’s time. If it hasn’t got approved yet, your channel probably might not have met YouTube Partner Program Policies and Community Guidelines.

You need to keep uploading videos and keep your channel active. If your channel remains inactive for 6 months, YouTube may remove your channel from the partner program.

The ads on your videos are selected based on many factors like audience, metadata, whether it’s advertiser friendly and many more.

If you are really into YouTube, you might be looking for other ways to make money so that it can empower your channel to take on new projects.

Let’s check out how we can make money beyond ads.

Ad revenue is one of the primary income sources for content creators. This will prevent the creators from receiving revenue from it.

So what YouTube does is, a portion of the YouTube Premium subscription fee is distributed to video creators based on how much members watch your content.

This will enable your viewers to become a member of your channel through monthly subscription and they get access to custom badges, exclusive emojis, exclusive content in your community tab and other goods.

These are minimum requirements you need to meet:

You can promote your channel membership link in your video description and on cards and end screens in your videos.

This will help creators to show their branded merchandise on YouTube.

You must meet the following criteria:

The merchandise can be seen below the videos.

One of the best services when it comes to merchandising in Teespring . They take care of the production and distribution of your merchandise and you can make a solid profit per piece of merchandise.

Check out how to setup and activate your Merch Shelf

This will enable your fans to pay to highlight and pin their comment on top in your live chats during your live streams. This will make their comment stand out from the rest of them and get the creator’s attention. How long it will stay on top depends on the amount they have paid.

Super Chat isn’t available on the following type of videos:

You can get the help of your fans to fund a project. This could be a product, movie, web series, podcast or an app.

If it’s something that excites them too, you will start off in a jiffy.

There are different ways you can crowdfund your YouTube channel.

Patreon is most popular among the YouTube community. Unlike other platforms, Patreon helps fund its creators on a recurring monthly basis.

This is where a YouTube creator makes videos wherein they promote their sponsor’s product or brand in return for money.

They promote it in a way that would gain the attention of their subscribers.

In order to gain sponsors, you will need to have a strong subscriber base. The intention of the the sponsors is to get their product or brand to as many people as possible. 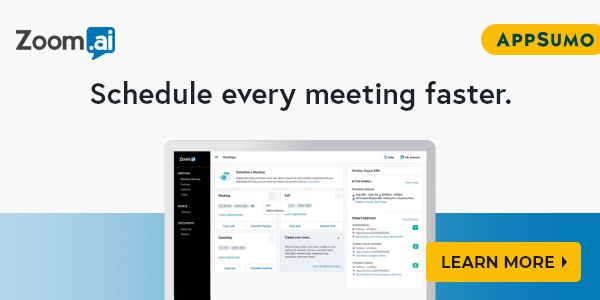 Affiliate marketing is an amazing way to make money on YouTube.

Basically what this means is that you partner up with someone like a website or a product, then you get unique links or codes through which you should send traffic to those websites. When someone clicks through and makes the purchase from that website, you get a commission.

A very popular affiliate website is Amazon. Many YouTubers you actually know are affiliate partners with Amazon which is the reason why they promote products from Amazon and share their links in the video description. If you click through those links and make a buy, they get a small commission. That’s how it works.

Now you can also apply as an affiliate partner with Amazon and start sharing links to your videos. If people make purchases through your links you will start earning commissions. Many top YouTubers make more money from affiliate marketing than YouTube ads.

Now is a great time to start YouTubing. There are many opportunities and so much demand for great content. Many talented folks like you are yet to come on board in my opinion.

Everyone who has something to say or share should start a YouTube channel. It’s a great way to express yourselves and make some money on the side as well.

So if you’re thinking of starting a new YouTube channel, let me know in the comments.

And don’t forget to share this article on your social media platforms. It might help your friends or some folks out there.

SEMrush - Try the World’s No.1 Marketing Tool for Free Now